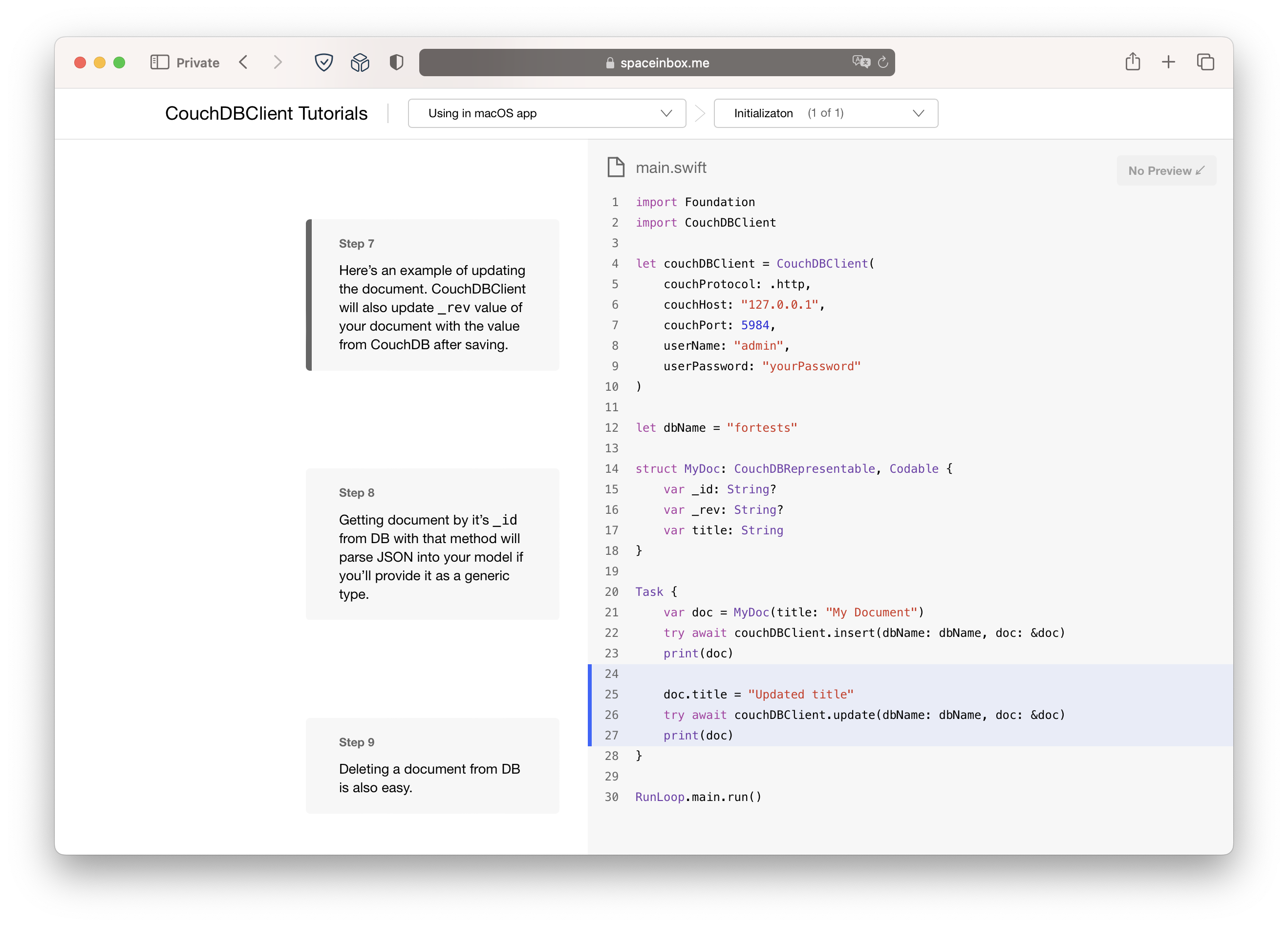 Couple months ago I've started learning Apple's DocC tool that generates documentation from your source code. I've decided to use as many features as possible so took my small lib CouchDB Client and added docs to every method including usage examples that Xcode will show in autocompletion popup. As it often happens, during adding docs and examples I found that many things in the lib can be done in a much better way. So I've updated existing methods and added some more that can take a doc as a param and use generic types.

Next step was tutorials. Apple allows devs to create exactly the same tutorials as they have for SwiftUI on their own website. So I've added couple. They're also part of the repo on GitHub.

Pretty sure that I've spent more time on the docs than on the lib itself but I hope it's worth it.

CouchDB Client on GitHub | Documentation with examples and tutorials.